The Wave SDK for Unreal Engine is now also available on Github:
https://github.com/ViveSoftware/VIVE-Wave-SDK-Unreal

So far, the Wave SDK for developers using Unreal Engine has been available only on the Vive Developer Website. We decided to release the WaveVR plugin for Unreal Engine as a public Github repository. This will allow developers to report bugs or suggest enhancements using Github Issues allowing us to get feedback from the developer community.

Developers can also create Pull Requests to suggest bug fixes. The Vive team will review the pull requests and follow up with the developers that created them, but the actual merge will temporarily take place internally and not directly on GitHub. The repository will then be updated to include those bug fixes. 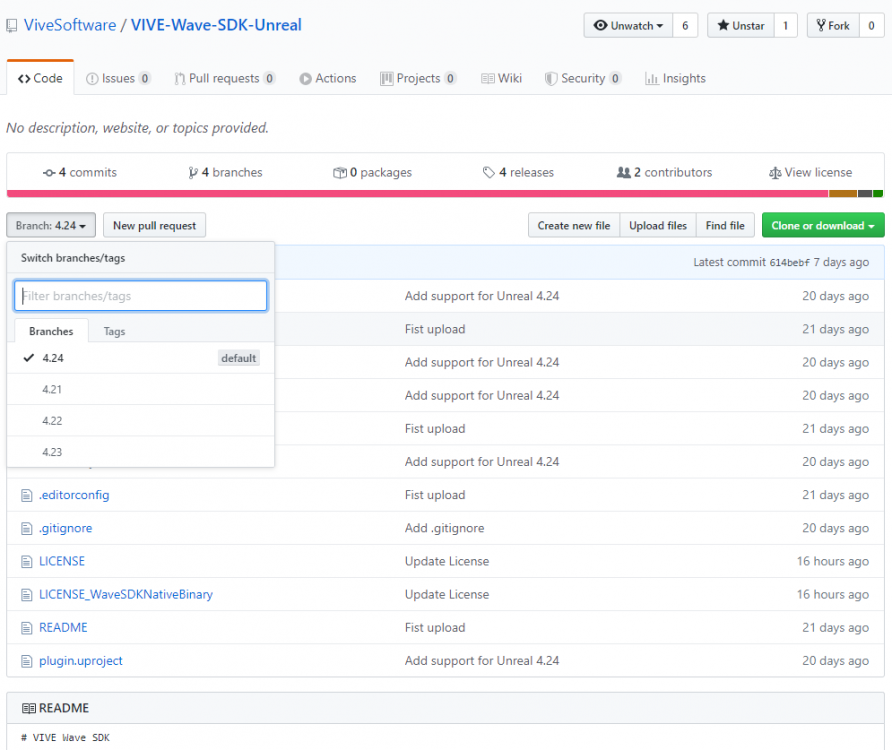